Magnificent expanse of ponds, woods, wetlands, and fields. Spectacular for its wealth of rare plants, animals, and ecological communities, the Greenbelt is widely recognized as one of the most ecologically significant areas in New York State. Over thirty globally rare species are represented, as well as others ranked critically imperiled. Located in the heart of the Atlantic flyway, over one hundred species of birds have been identified. It encompasses a magnificent six-mile-long expanse of interconnected ponds, woods, and wetlands in the Town of Southampton, New York, on the South Fork of Long Island’s East End.

Nature Preserve Status. In recognition of the area’s unique and fragile status, Southampton Town has dedicated all its Greenbelt land for inclusion in its Nature Preserve program, thereby affording them the highest degree of protection that town law can provide to a natural area.

Water Systems. That portion of the Greenbelt north of the groundwater divide falls within the watershed of the Peconic Estuary, an area designated of national importance and recognized as “one of the last great places in the Western Hemisphere” by the Nature Conservancy. 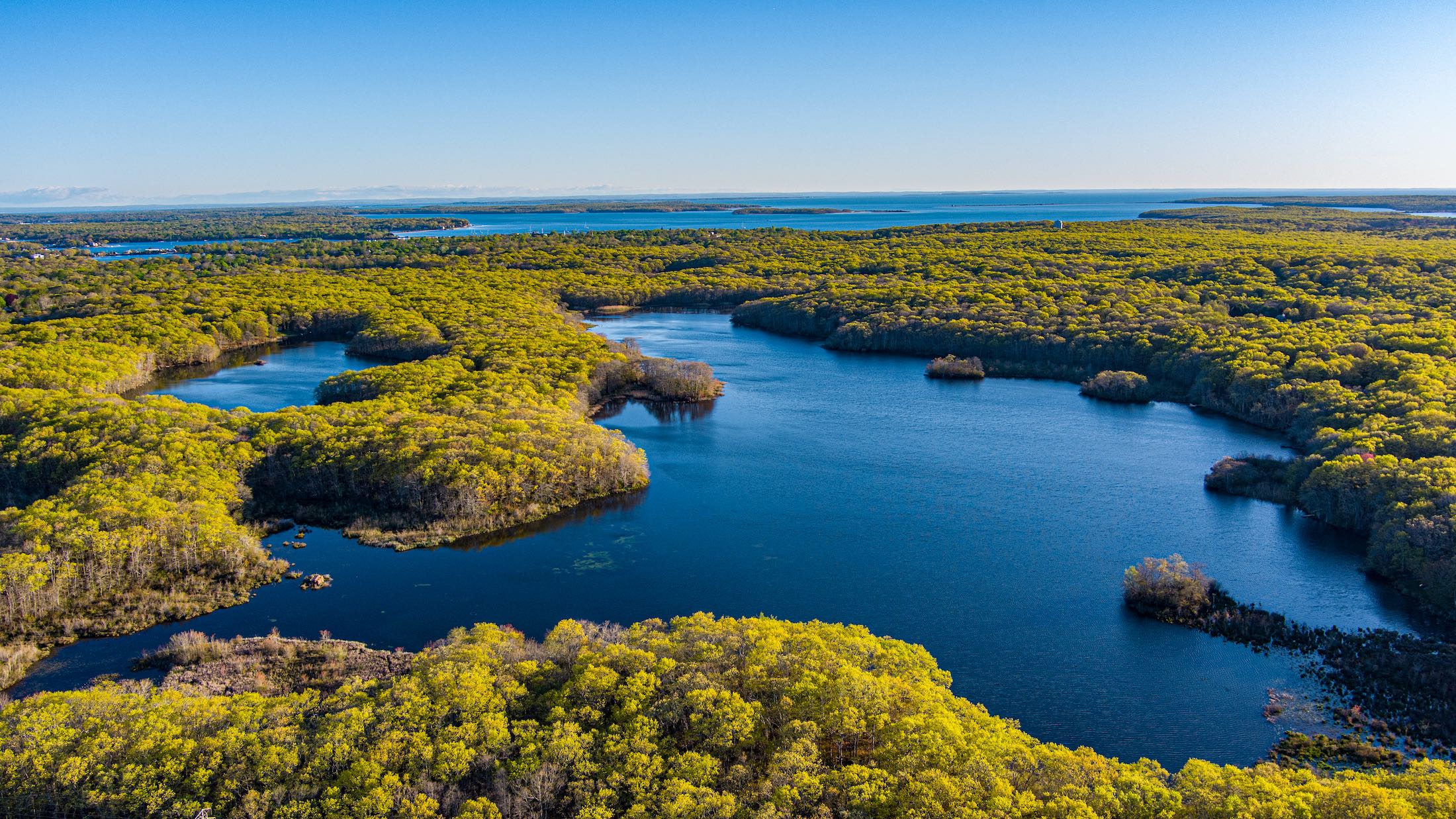 The Ligonee Brook wetland system directly connects the fresh waters of Long Pond with the marine waters of Sag Harbor Cove. At the southern end of the Greenbelt sits 153-acre Sagaponack Pond, also known as Sagg Pond, which opens to the Atlantic Ocean.

An extensive area. The Long Pond Greenbelt management area stretches from Otter Pond in the Village of Sag Harbor southward through the hamlet of Bridgehampton to the Village of Sagaponack and encompasses 1,900 acres. Close to 700 of these have been preserved outright for open space and groundwater protection by Suffolk County, Southampton Town, and The Nature Conservancy. New York State has assisted purchases with funds from the 1986 Environmental Quality Bond Act and long-term, low-interest loans. Greenbelt water bodies, covering a further 360 acres, fall under the aegis of the Board of Trustees of the Freeholders and Commonalty of the Town of Southampton, who regulate all surface waters in the town.