Easily seen from the Bridgehampton-Sag Harbor Turnpike, Slade Pond sits tucked between the Children’s Museum of the East End’s parking lot and a nearby cluster of small homes to the north, about a mile outside of the hamlet of Bridgehampton. A small, shallow pond with gently sloping shores whose ups and downs perfectly embody the characteristic fluctuating water levels of a coastal plain pond and pond shore, unassuming Slade Pond offers a wonderfully easy way to observe an example of this unusual pond type — the coastal plain pond – ranked by the New York State Heritage Program as rare at the state level. Slade and its twelve sister coastal plain ponds form what’s called the “string of pearls” of the Long Pond Greenbelt.

While many of the old maps of Bridgehampton show the name of this pond as Slade, it’s also been known as Slate, leading to some discussion as to possible derivations of either. Some writers link its name to a Slade family of Sag Harbor; others claim its name comes from an old English term for a flat piece of low moist ground, but it’s hard to pin down the derivation with any certainty. Official maps swing between one and the other.

The periods of high and low water that are essential to the structure, composition, and diversity of the coastal plain pond and pond shore plant community can easily be tracked by any regular passersby at Slade. Back in 2010 wet, wet spring, it looked as if might burst its banks and spill onto the turnpike. Such periodic flooding kills seedlings of woody shrubs and trees that might otherwise invade the shore, and cyclic drying up prevents the establishment of fish communities. Hence the highly specialized natural communities that develop around these types of ponds.

Despite the drawbacks of its location — right at the edge of a well-traveled roadway and with residential development one side — the NYS Department of Environmental Conservation has confirmed the presence of two state endangered species: creeping St. John’s-wort and the Eastern tiger salamander. 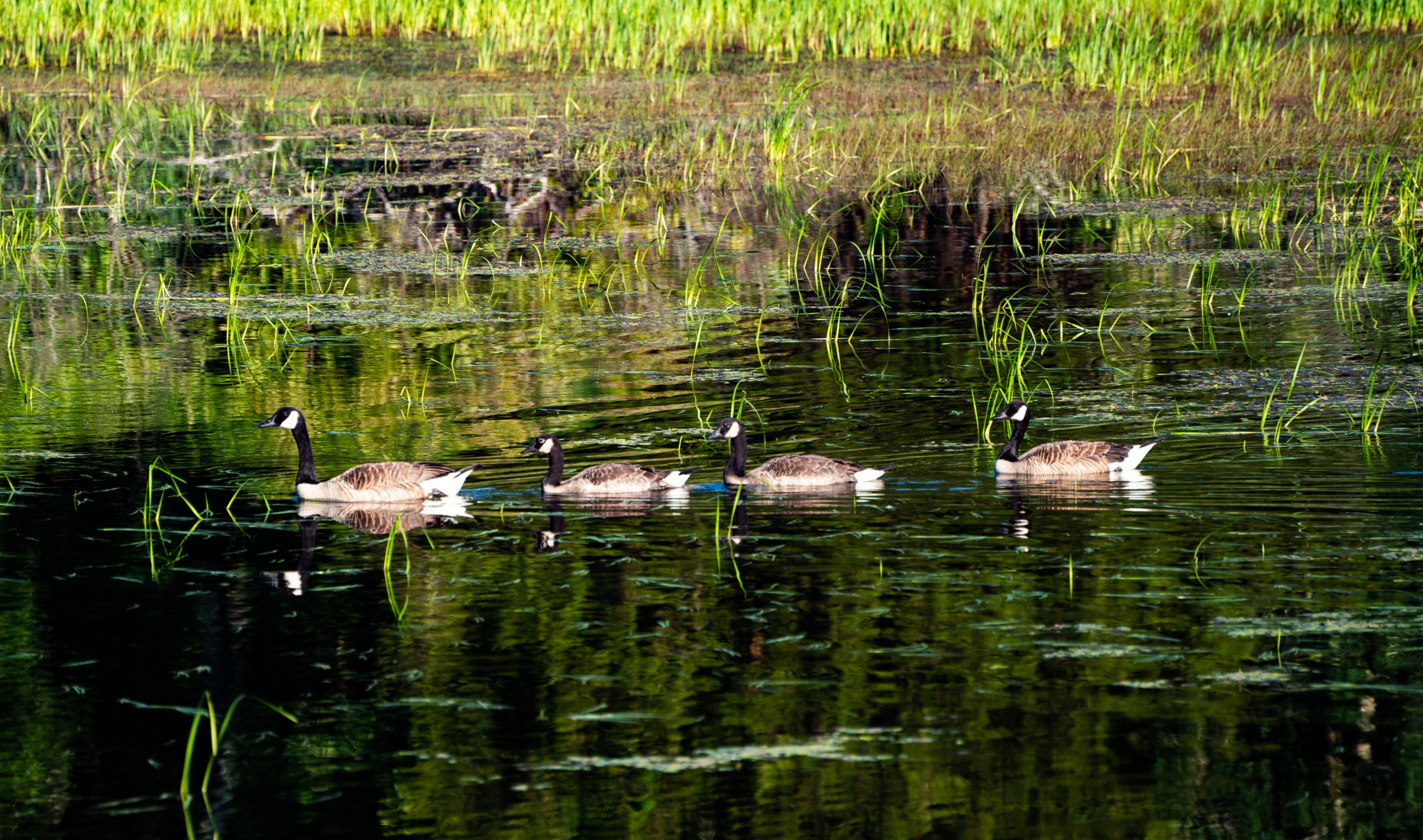 One of the United State’s largest terrestrial salamanders, the Eastern tiger lays its eggs in February or March, its larvae spending the next months in the pond as they transform into air-breathing adults. Somewhere in late July or early August, they take leave of the ponds, generally on a rainy night, to begin their adult hideaway existence burrowing underground in drier habitat (they’re of a group known as “mole salamanders”). This very migration was once witnessed during just such weather by a Slade Pond neighbor some years ago, who observed them crossing the turnpike, heading for Vineyard Field across the way. This same neighbor testifies to the thrilling roar that gushes from Slade Pond’s spring peepers.

Creeping St. John’s-wort, classified in the New York Rare Plant Status List of 2010 as endangered, sports yellow flowers from July to September and is native to Long Island. Endangered status is backed up by state laws that provide penalties for the taking of plants. Here’s a picture of this little beauty.

Not to pound home the point, but this humble-seeming pond resting quietly beside the road and coming across as so everyday and unremarkable is actually a bonafide natural rarity to be treasured. So if you pass by, give a little nod of recognition and appreciation to the Long Pond Greenbelt’s coastal plain pond poster child: Slade Pond.